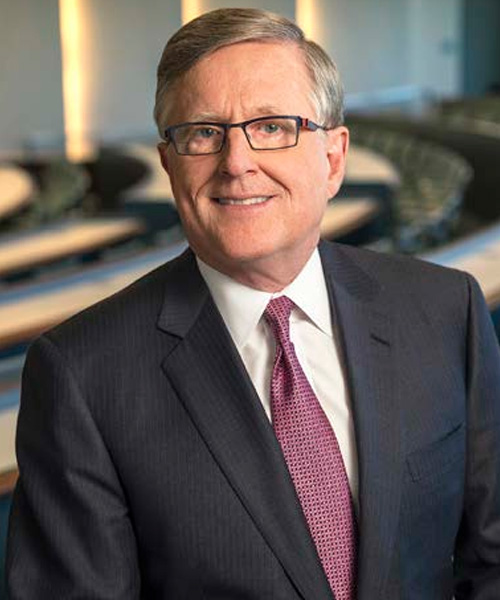 David Booth, a founder of Dimensional Fund Advisors in 1981, is the firm’s Executive Chairman.

David has won numerous awards for his accomplishments in applying financial theory and research to the practical world of asset management, and has written numerous articles, particularly for his pioneering work in indexing and small capitalization investing. He has served on the Investment Company Institute’s Board of Governors and the ICI’s Executive Committee.

The University of Chicago Booth School of Business was named in his honor and David also serves as a lifetime member of the school’s advisory council. David Booth Kansas Memorial Stadium at the University of Kansas was also named in his honor. David funded the Booth Family Hall of Athletics in Allen Fieldhouse at KU and donated James Naismith’s original 13 rules of basketball.

The David Booth Conservation Center and Department is responsible for the preservation of The Museum of Modern Art's collection. The Booth Family Center for Special Collections at Georgetown University’s Lauinger Library contains several archival documents related to Georgetown as well as an extensive collection of rare books, manuscripts, and art.

University of Chicago Board of Trustees

Becker Friedman Institute Board of Overseers

2010 – Investment News “The Power 20” in the financial services industry