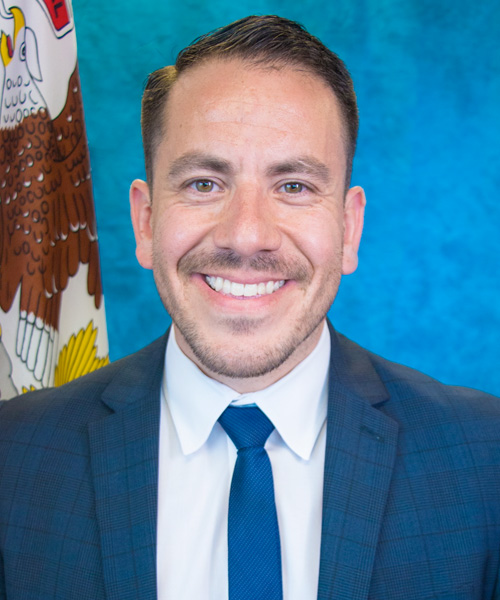 Rodrigo was previously the Director of the Illinois Department of Veterans’ Affairs and a member of theIllinois Cabinet, and has also worked for Morgan Stanley & Co., Inc. and the Federal Reserve Bank ofChicago. Rodrigo holds an undergraduate degree with a major in finance from Northeastern IllinoisUniversity, two post-graduate degrees, one with a focus in finance from the University of Illinois and onewith a focus in public policy from Northwestern University, and has also completed a senior executivesprogram at Harvard’s Kennedy School of Government. He is a Certified Treasury Professional (CTP®), anAccredited Investment Fiduciary (AIF®), and holds SASB’s FSA credential.

Rodrigo serves on the executive committee and chairs the investment committee for NortheasternIllinois University Foundation, serves on the investment committee for the Youth Guidance/Becoming aMan endowment, serves on the board of directors for The Thirty Percent Coalition and is the chairmanemeritus of Student Veterans of America. He is also a Marshall Memorial Fellow, an ACPYL Fellow, aChicago Council on Global Affairs Emerging Leader, a U.S./Mexico Leaders Fellow, a Truman Partner andan Atlantic Council Millennium Leadership Fellow. He has also been named one of the "Top 100 under50" Executive Leaders by Diversity MBA Magazine and was recognized as a "Rising Star" by the NationalSociety of Hispanic MBA's. Rodrigo is a Fellow of the 2019 class of the Aspen Global Finance LeadersFellowship of and a member of the Aspen Global Leadership Network.

He is an avid entrepreneur, a successful financier, and an angel investor.