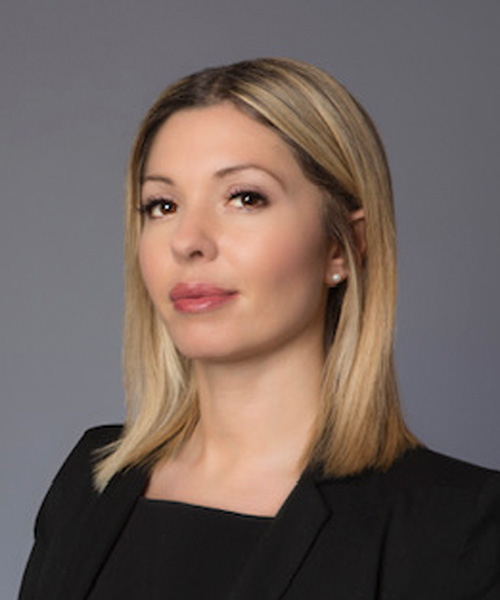 Jennifer Pafiti became associated with the Firm in May 2014, and became a partner in December 2015. A dually qualified U.K. solicitor and U.S. attorney, she is the Firm’s Head of Investor Relations and also takes an active role in complex securities litigation, representing clients in both class and non-class action securities litigation. Jennifer was honored by Super Lawyers® as a 2019 Southern California Rising Star, was recently named to Benchmark Litigation’s exclusive 40 & Under Hot List of the best young attorneys in the United States, and in June 2019 was recognized by Los Angeles Magazine as one of Southern California’s Top Young Lawyers. In 2018, Jennifer was recognized as a Lawyer of Distinction, an honor bestowed upon less than 10% of attorneys in any given state. She was honored by Super Lawyers® in 2017 as both a Rising Star and one of the Top Women Attorneys in Southern California. In 2016, the Daily Journal selected Jennifer for its prestigious “Top 40 Under 40” list of the best young attorneys in California.

Before studying law in England, Jennifer was a regulated financial advisor and senior mortgage underwriter at a major U.K. financial institution. She holds full CeFA and CeMAP qualifications. After qualifying as a Solicitor, Jennifer specialized in private practice civil litigation, which included the representation of clients in high-profile cases in the Royal Courts of Justice. Prior to joining Pomerantz, Jennifer was an associate with Robbins Geller Rudman & Dowd LLP in their San Diego office.