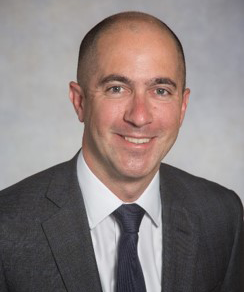 Charles (“Chuck”) Peck is the Head of Public Finance Investment Banking at Wells Fargo Securities.  Prior to assuming this role in 2018, Peck served as Head of  the firm’s West and Midwest regions.  He previously served as a senior banker at Morgan Stanley, where he worked with some of the nation’s largest and most complex participants in the capital markets.

Chuck has led transactions across the credit spectrum as well as the marketing effort of numerous inaugural credits.  A Pennsylvania native, Chuck began his career in state government, focusing on debt and capital markets issues, land use policy, economic development, and pension reform.

Chuck holds an MPA in Public Finance and Budgeting from The George Washington University.  He received his Bachelor’s degree in public administration from York College of Pennsylvania.  He maintains his Series 7, 24, 53, and 63 security registrations.