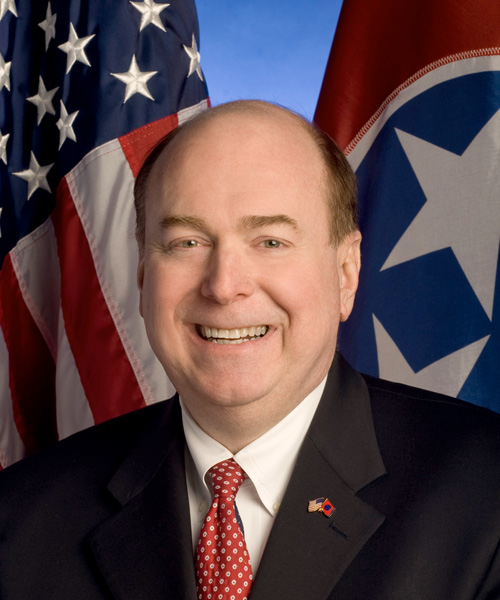 Under his leadership, the Tennessee Treasury Department has investment oversight of $75.6 billion in assets including $43.5 billion of internally managed investments in domestic equities, fixed income, private equity, real estate and strategic lending. Additionally, Treasury directs multiple state programs with a staff of 307 employees and a department budget of $51 million. The Treasury Investments Division achieves investment returns consistent with its peers while maintaining an investment expense and administration expense that is among the lowest in the southeast.

He served as President of the National Association of State Auditors, Comptrollers and Treasurers (NASACT) through 2016-2017. In 2012, he was a recipient of the NASACT President’s Award recognizing outstanding service. He served as the President of the National Association of State Treasurers (NAST) in 2015 and represented NAST on the Governmental Accounting Standards Advisory Council (GASAC) 2016 to 2019. In 2019, Treasurer Lillard was appointed to serve on the Board of Trustees of the Financial Accounting Foundation (FAF), which appoints members of the Financial Acounting Standards Board (FASB) and Government Accounting Standards Board (GASB), and also provides oversight for those standard setting bodies.

Treasurer Lillard is an attorney who earned a Juris Doctor degree at the University of Memphis and also a Master of Laws in Taxation (LL.M. in Taxation) from the University of Florida. He practiced business law for over 25 years in the private sector, specializing in finance, securities, health and tax law. He served as counsel in equity and debt securities offerings, and mergers and acquisitions transactions. He also practiced municipal law, emphasizing the fields of economic development and municipal finance.