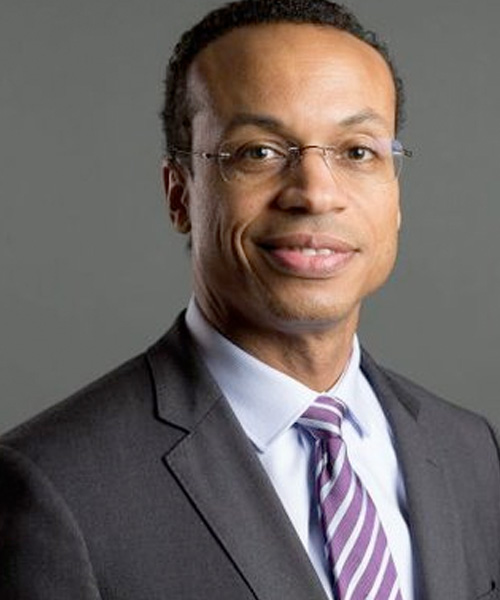 Most recently, Treasurer Wooden was a Partner in a major law firm where he led its public pension plan investment practice and was a member of the Investment Section of the National Association of Public Pension Attorneys.

Early in his legal career, he worked in the AFL-CIO's Office of Investment in Washington, D.C.

From 2011 to 2015, Treasurer Wooden served as President of the Hartford City Council.

He also was a member of the Connecticut Citizen's Ethics Advisory Board, which interprets and enforces the state's ethics laws and oversees the Connecticut Office of State Ethics.

He was born and raised in the north end of Hartford as the youngest of six children.

From a young age, his parents taught him the importance of a good education, hard work and giving back to your community.

His father owned a television repair and record shop. His mother was a teachers' aide in a program to prepare preschool-aged children for school, and later worked at the Community Renewal Team as part of their lead poison prevention and energy assistance programs for low-income families.

As a child, Treasurer Wooden participated in a de-segregation busing program and attended Manchester Public Schools, where he graduated high school with honors.

He went on to earn a four-year academic scholarship to Trinity College in Hartford, where he now serves as a member of its Board of Trustees.

Upon college graduation, Treasurer Wooden worked for the Mayor of Hartford and then as Connecticut Director of Project Vote, a national voter registration and education program. He also served as a key aide for the Connecticut Commissioner of Social Services.

He later attended New York University School of Law before beginning his career at Day Pitney.

Pensions and Investments named him one of the "Twenty-Five Investment Professionals to Watch."

Savoy magazine named him as one of the most influential black lawyers in the country.

Treasurer Wooden is the proud father of two boys.