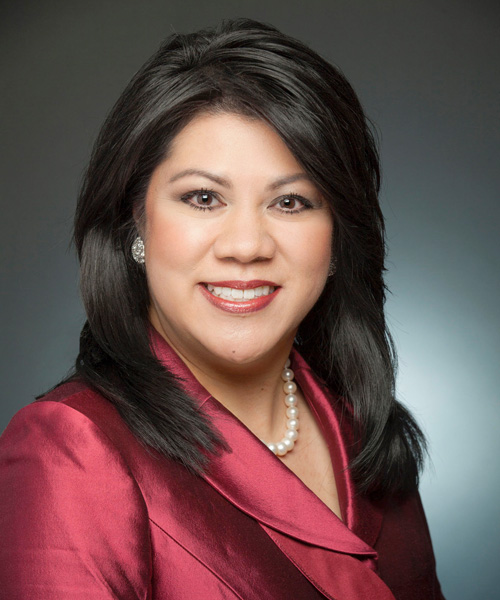 The Honorable Kimberly Yee serves as the 36th Treasurer of Arizona. As Arizona’s chief banking and investment officer, she safeguards approximately $15 billion in assets and stewards the cash management of Arizona’s $40 billion state budget and related payments to state agencies, local governments and public schools. As Treasurer, she also serves as the Chairman of the State Board of Investment and the State Loan Commission and is a member of the State Land Selection Board.

Treasurer Yee is the first Asian American elected to a statewide office in Arizona’s history. She is also the first Chinese American Republican woman to win a major statewide office in United States history. With eight years of experience in the Arizona Legislature, as well as four years working for the Arizona State Treasurer’s Office, Treasurer Yee brings a unique perspective to this important financial leadership role for Arizona.

Kimberly Yee was first elected to the Arizona Legislature in 2010 and served as the Senate Majority Leader. Kimberly was the second woman elected as Senate Majority Leader in Arizona’s history, following U.S. Justice Sandra Day O’Connor who served in the position in 1973, forty-four years earlier.

Treasurer Yee is a member of the National Association of State Treasurers Financial Education and Empowerment Committee. A longtime advocate of financial literacy, she passed laws during her legislative tenure to require the state’s academic standards to include financial education benchmarks in grades K-12 and developed a state seal on high school diplomas earned by students who master proficiency in personal finance.

Prior to elected office, Kimberly Yee enjoyed a career in public service at the federal, state and local government levels. She served as Deputy Cabinet Secretary for Governor Arnold Schwarzenegger, as a Policy Analyst for Governor Pete Wilson and on the executive team of Arizona State Treasurer Dean Martin, where she promoted fiscal conservative principles to protect taxpayers. She also served as a senior research analyst for the Arizona Senate Committee on Education. She previously provided administrative services for the Maricopa County Attorney’s Office. At the federal level, she worked for the United States Department of Justice in the Fraud Section, Criminal Division in Washington, D.C.

In 2016, then-Senator Kimberly Yee was a featured, onstage speaker during the opening day of the Republican National Convention in Cleveland, Ohio. In 2014, she was nationally recognized as a “Rising Star” by the Republican National Committee. She was previously named one of the nation’s “25 Most Influential Women in State Politics” by Congressional Quarterly’s Roll Call, the leading media organization covering Congress. Kimberly Yee was one of 25 national women leaders selected to participate in the 2018 Women in Government Program. As an Arizona Senator, Kimberly was recognized as Legislator of the Year by the Arizona Chamber of Commerce and Industry. She was recently featured to represent the State of Arizona in Lifetime Television Network’s series “Her America: 50 Women, 50 States,” which profiled one woman from every state.